Hippie clothing is making a come back! 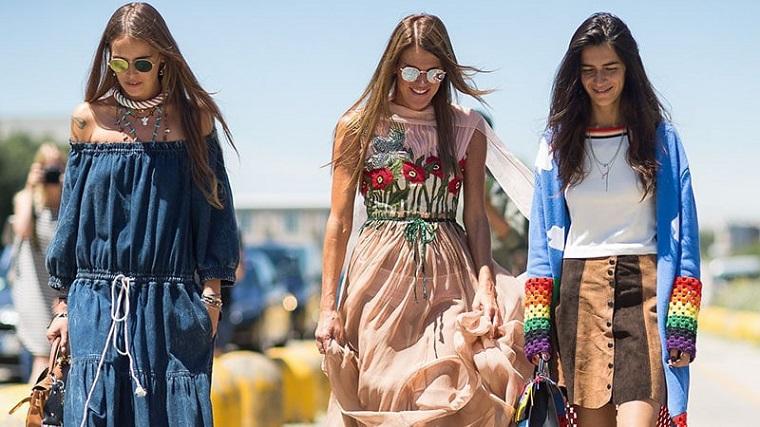 There are two reasons why people keep old photographs. These are memories of the days gone by, one in which, the now known vintage shirts, were considered the latest trends in fashion during their heyday. Hence, in preserving these memories, one maintains their youth in a way, and memories of the good old days.

Almost every decade of the twentieth century has had a change of fashion trends. In looking at the disco clothing in the 70s which carried over the ‘androgynous hippie look’ from the 60s, the fashion was about bell-bottoms, miniskirts, platform shoes and wide-legged jeans and trousers. Women normally had long hair with a parting in the middle.

If you want to understand the whole 70s fashion culture, one should watch John Travolta’s Saturday Night Fever at which it was at its peak, until punk fashion took over at the end of the decade.

However, the decade that started it all was the hippie clothing era in the 60s which took over from the cheerful ‘fuller skirt’ era that were still very reminiscent of more modest time (Word War II). From the bikini to the miniskirt to false eyelashes to go-go boots, bell-bottoms and so on and so forth, almost every conceivable style that has influenced every decade and every generation started in the 60s.

The beauty of living in a time like ours is that we still have access to fashions from so long ago through the far-reaching effects of the Internet. Hippie clothing is making a come back. You can obtain a wide range of Hippie clothing clothing from various used clothing or your local Salvation Army.